History of the Litany of Reconciliation 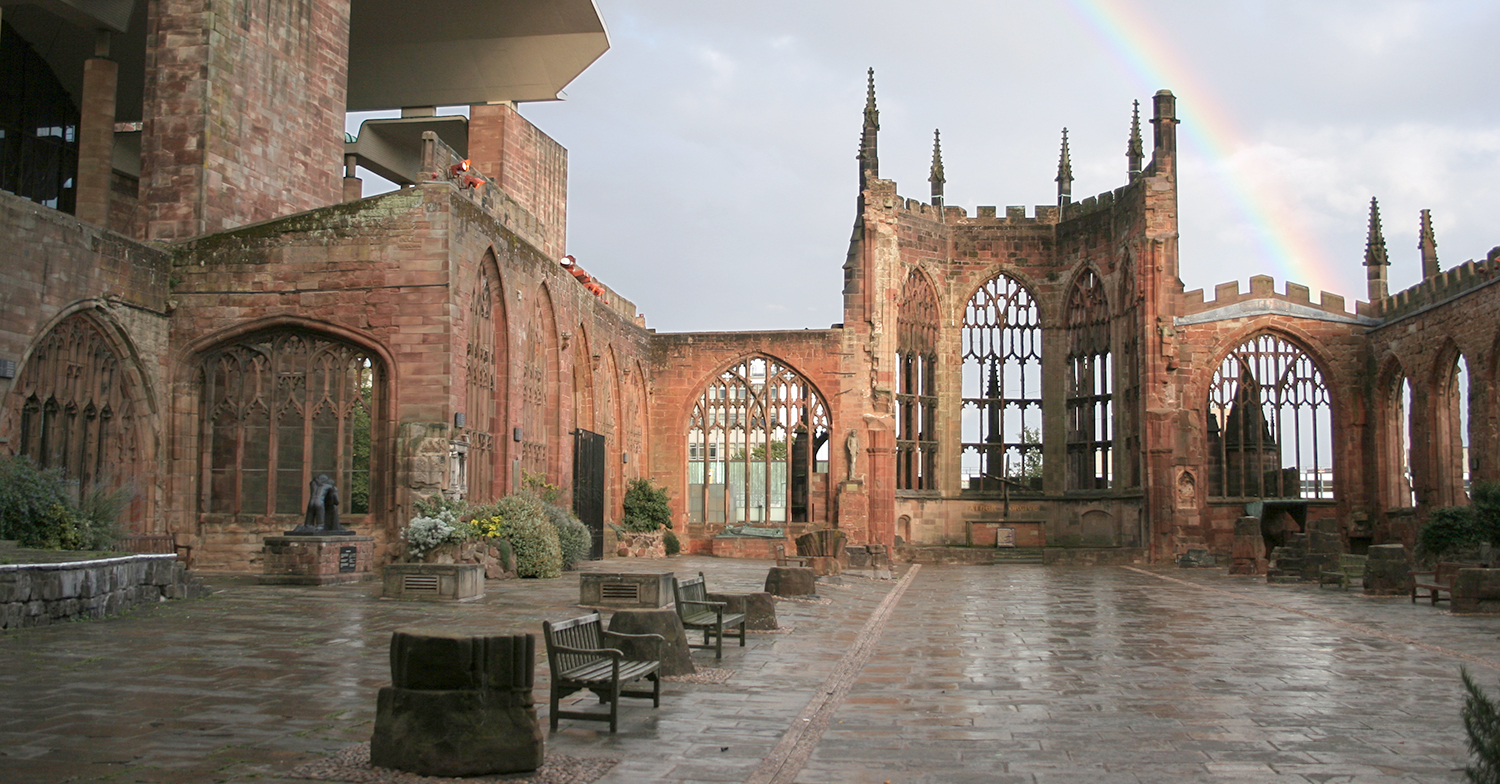 Following the destruction of Coventry Cathedral in 1940 following a bombing raid during the Battle of Britain, Provost Dick Howard made a commitment not to seek revenge, but to strive for forgiveness and reconciliation with those responsible. During the BBC radio broadcast from the Cathedral ruins on Christmas Day 1940 he declared that when the war was over we should work with those who had been enemies ‘to build a kinder, more Christ-like world.’

The words “Father Forgive” were inscribed on the wall of the ruined chancel and two charred beams which had fallen in the shape of a cross were bound and placed on an altar of rubble. Three medieval nails were formed into a cross, and the Cross of Nails quickly became a potent sign of friendship and hope in the post war years, especially in new relationships with Germany and the developing links between Coventry and the cities of Kiel, Dresden and Berlin.

The Community of the Cross of Nails has its origins in this courageous vision, and today nearly 200 Partners form part of this Community as they work and pray for peace, justice and reconciliation within their own communities and countries. Their ministry may focus on politics, race, religion, economics, gender or sexual orientation; it may address war and violent conflict, post conflict restoration or healing; it can have broad and far-reaching, national or regional consequences, or it can make a significant difference to local communities and individual people’s lives. CCN Partners can be churches, reconciliation centres, prisons or peacebuilding NGOs: any body of people who have a heart and a need to pursue reconciliation in their own lives and the lives of others. Partners are encouraged to link up within countries and regions and to support each other—both practically and prayerfully.

The Coventry Litany of Reconciliation

The Litany was written in 1958 and focuses on the seven deadly sins. It reminds that when we pray about the problems of the world around us, we need to begin by acknowledging the roots of those problems in our own hearts. The Litany is prayed at noon each weekday in Coventry Cathedral. On Fridays, we pray the Litany in the ruins of the old Cathedral and are joined in prayer at that time by many of our partners around the world.